We are moving to a new site! 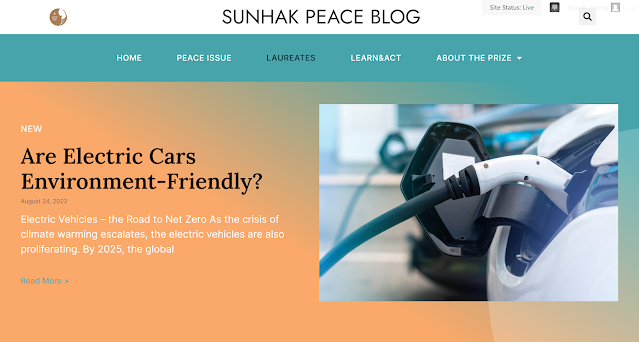 We are moving to a new site! Come visit us at our new blog https://sunhakpeaceblog.com
댓글 쓰기
자세한 내용 보기 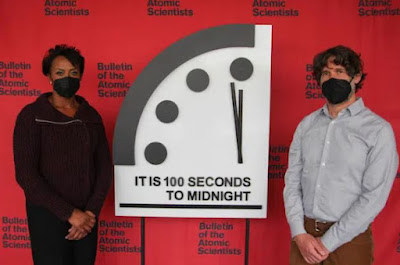 "Doomsday Clock" shows till the destruction of mankind remain just 100 seconds! ( Photo source: BAS)   ― Did you hear about the birth of the Doomsday Clock  in 1947 ? ― The Doomsday Clock says the moment both hands point to midnight will be the end of the world.   In January 2022, the Bulletin of the Atomic Scientists (BAS), which conducts the watch, announced that it has maintained its state at 100 Seconds since 2020, the closest to midnight for the third straight year since it first appeared before the world in 1947. https://thebulletin.org/2022/01/press-release-at-dooms-doorstep-it-is-100-seconds-to-midnight/ (See BAS  presentation material at the above website )   The Doomsday Clock was dreamed up by scientists at University of Chicago who participated in the Manhattan Project —the American atomic bomb development in the 1940s.   After seeing the devastation of the atomic bombs dropped on Hiroshima and Nagasaki 1945, they realized the nucle
댓글 쓰기
자세한 내용 보기 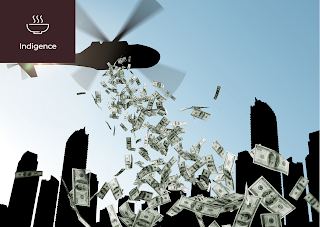 The following statement was issued by the Federal Open Market Committee of the Federal Reserve System as the economic crisis hit the world after COVID-19.   “The Federal Reserve is committed to use its full range of tools to support the U.S. economy in this challenging time and thereby promote its maximum employment and price stability goals. The Federal Open Market Committee is taking further actions to support the flow of credit to household and businesses.” (US Federal Reserve, March 23, 2020) Since then, huge amounts of dollars have been supplied to the world in an unprecedented short period of time. As the United States freed money, Europe and Japan also began to release money unrestrictedly. The four major central banks in the US, Europe, UK, and Japan have released about $11.3 trillion into the market through asset purchases following the pandemic. As a result, the market currency of the 12 major countries was $94.8 trillion by the end of 2020, an increase of 17.4%
댓글 쓰기
자세한 내용 보기
글 더보기